Before signing up to go to the war, she was a theatre sister in the operating theatre of the old Sydney Hospital.
​Melene and Thomas met in Egypt during the war, she was a nurse, and he spent time in hospital there, they had a "military" wedding In Gunnedah when they returned to Australia (her parents lived at Carroll, near Gunnedah). 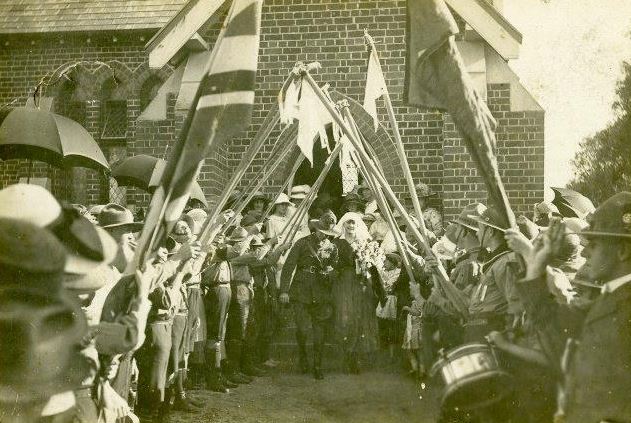 The death occurred in the Launceston General Hospital yesterday of Miss Laura Mary Lyne, daughter of the late Henry and Lillias Lyne, formerly of Fingal.  Miss Lyne trained at the Launceston General Hospital.  She had nursing experience n N.S.W. and joined the 1st A.I.F. as a nursing sister.  She served seven years in the hospital ship Karoola. On her return she nursed at a military hospital in Hornsey Ave.  She was later appointed matron of the Blind, Deaf and Dumb Institute and held this position for 16 years.  During the second world war Miss Lyne was sub-matron of the Lady Clark Convalescent Home at Claremont.  On retirement from nursing she purchased a property at Exeter, where she lived until failing health caused her to move to Launceston.  She leaves two sisters, Miss . E. Lyne, Launceston, and Mrs. E. L. Reed, Swansea.