Nurse Trixie Chadwick, second daughter of Mrs. J. Chadwick, London House, Main street, left by the "Osterley" last Thursday for London where she will nurse Australian soldiers. Nurse Chadwick is a native of Stawell, but has been doing nursing work in Melbourne for the past 10 years.  Her friends will be pleased to hear of the noble work taken up by Nurse Chadwick.

Sister T. Chadwick, who has been attached to the Harefield Park Hospital, England, in a letter home, dated.: 13/3/16, wrote interestingly of her experiences in the  institution. In the course of her letter she refers to a pleasant meeting she had with a Stawell boy who had been brought to the hospital. The following is an extract from the letter in question. On Saturday last we lost all our old boys, who went off to Southampton to board the hospital ship. All the officers, sisters and orderlies were at the front door to see them off. The boys were quite broke up at leaving. The place after they left was desolate, and everyone was depressed at the loss of our boys. In spite of the glorious weather Harefield was a very sad place on Saturday and Sunday. The next day the remaining boys were taken down to the woods for a picnic to cheer them up. We boiled, the billy in true Australian style, and after tea gathered violets' primroses, and wood anemones, which are now all blooming in great profusion. The fox gloves and blue bells are beginning to come out. Spring is glorious here. For days the sun has been shining.
Our spirits revived again and on the same day there arrived new cases on the scene. I received three, and fancy a Stawell boy was  — Sergeant Sam Uren no less.  It was so funny how we discovered each other. I took his particulars — name, Sergt.-Major Uren, enlisted at   Sydney (brother to Constable Uren,   of Ararat).
He asked from which State I came, so I said Victoria. Then he said, I come from ' Victoria: too. I was born in Ballarat, and my folk come from Stawell.   I then knew he was one of Mrs Uren's' sons, and told him I came from Stawell too. He jumped up and asked my name, and when I told him there was the greatest hand    shaking. He was delighted and kept saying, Well, I never. He said he had received a letter from friends in Stawell who had told him if ever he came to England to be on the look out for me, and it seemed so strange that he should walk straight into my ward. He has been wounded in the leg and has a bad dropfoot but time and treatment will cure him completely. - "News". 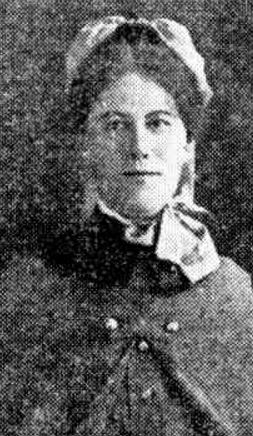 Sister Eva H. Chapman is a daughter of the late Mr. A. G. Chapman. She was a gold medallist at the Adelaide Hospital, and left with the 2nd Australian General Hospital for the front in November, 1914 for Egypt. She was an Anzac nurse, and attended some of the first Australian wounded from Gallipoli. After similar duties in Egypt, she escorted wounded troops to England, and then returned to Adelaide (early in 1916). Following upon several months on service at Keswick, she was ordered to Egypt with the 14th Australian General Hospital in July, 1916, and she is still on duty there. On several occasions she has acted as sister in charge of hospitals during the temporary absence of the matron. Sister Chapman was on the first boat to reach the Southland when it was torpedoed, and she had several similar experiences, and was "held up" by a German submarine in the Mediterranean, but the vessel was subsequently allowed to proceed to Alexandria.

Sister Eva H Chapman is a daughter of the late Mr. A G. Chapman, and while serving at the Adelaide Hospital received the gold medal for efficiency. She left for Egypt in November, 1914. and attended some of the first wounded from Gallipoli. Then she proceeded with wounded troops to England and early In 1917 returned to Adelaide. After service at Keswick she was ordered to Egypt with the 14th Australian General Hospital. Sister Chapman was on the first boat to reach the transport Southland when it was sunk, and was once 'held up' by a German submarine in the Mediterranean Sea. 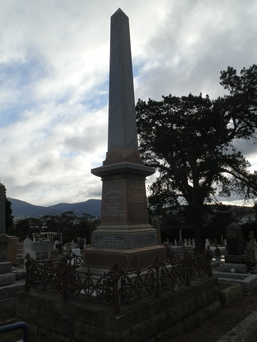 Mrs. G.S. Chapman gave a very successful tea party at the Queen Mary club last week to enable the many friends of her elder daughter, Miss Joi Chapman, to say good-bye to her before her departure en route for England, on Saturday.  Miss Joi Chapman, who has already been to England as one of the selected 'Girl Orderlies' hopes to get some work to help soldiers in England or France.  She has already proved by her unflagging energy in doing really hard and strenuous work as a 'girl orderly' that she is one of those who can be depended upon, and who take up the work in earnest, and not 'pour paeser le temps'.
In her invitations Mrs. Chapman chiefly, of course, considered her daughter's friends, but
she also had some older people, who were friends of many years' standing.  The place of
honour was given to Miss Chapman's great-aunt, Mrs. Nicholas Brown, with whom, after
greeting the hostess and her daughter, everyone contributed to have a few words, for
Mrs. Nicholas Brown is one of those dainty little ladies that it is always a pleasure to meet.
The rooms were beautifully decorated with roses, and a delicious teas was served during
the afternoon.  Miss Chapman was the recipient of any amount of good wishes and
complimentary remarks, all of which she received in natural, unaffected fashion.

Miss Joi Chapman, who left Hobart to help in war work in England, has found her niche at a Navy Hospital  at Lowe-toft, where she is very happy in doing her 'bit' for the Empire. 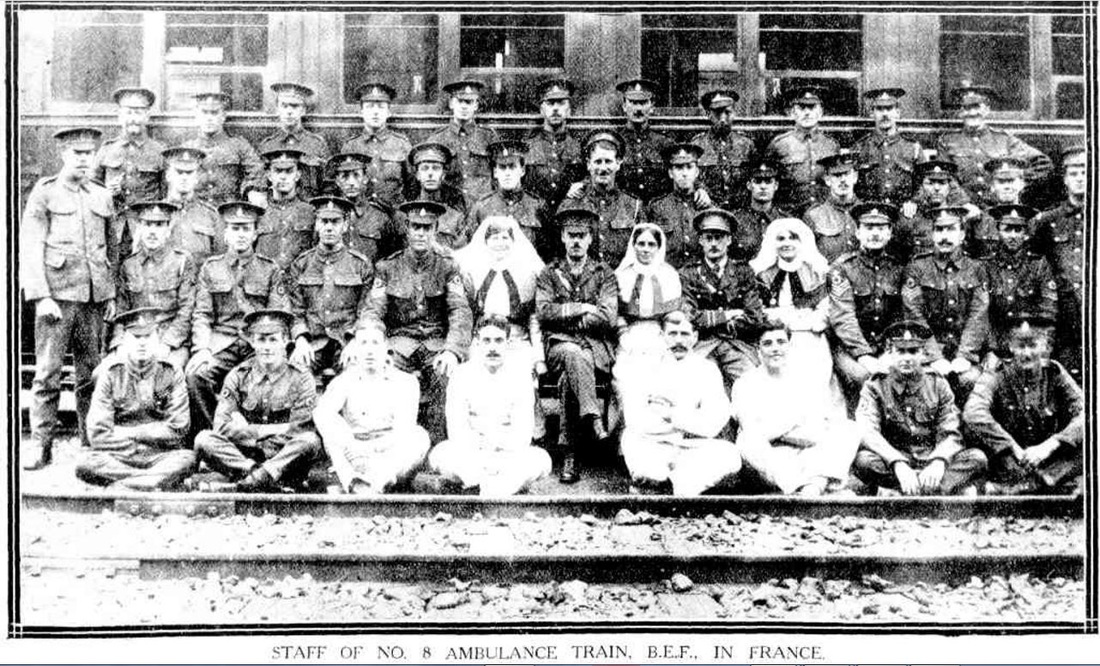 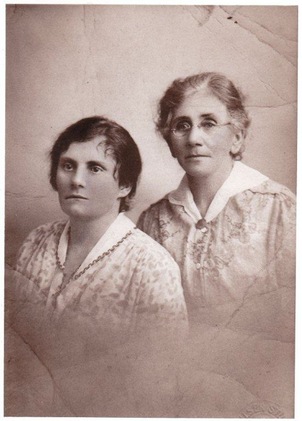 Enid Cherry was born in Adelaide in 1891. She served in the Australian Army Nursing Service between 1917 and 1919. In the 1920s she was appointed as an industrial nurse at Myers in Rundle Street, Adelaide. Here she remained for 23 years, as the nurse to provide care for staff and customers.

Mentioned in Despatches General F.R. Earl of Cavan, British Forces in Italy
London Gazette 4th Supplement No 31384 dated 5 June 1919
Commonwealth Australia Gazette No 113 dated 06 November 1919
The Prahran Council has appointed Sister Edith M. Chester to the position of health inspector of the city. Sister Chester did service abroad as a military nurse during the war.

The Prahran Baby Welfare Centre will be under the direction of Dr R. H. Fetherston, local city health officer, and will be in charge of Sister Chester, who was recently appointed as city inspectress by the Prahran Council. Sister Chester possesses valuable qualifications upon the subject of child life. She received her training at the Children's and Foundling Hospitals, and has a special knowledge of health matters generally. Sister Chester put in three years service abroad as a military nurse during the great war. She has a brightness and home-llness of manner, coupled with an activity of mind, which should fit her well for the important duties that she has undertaken in Prahran, and parents will undoubtedly find in her a sincere friend.

Born 19 May 1900 at Ferney Bank Whitbourne, Herforshire, England
Educated in England
Trained at Royal Prince Alfred Hospital, Sydney, NSW
Appointed to QAIMNSR 12 May 1915
'Worked for eleven months in Malta as a Staff Nurse and resigned because I was wanted at home on legal business, and also because there was so little work to do.  I should like to be sent on foreign service, and speak French fluently and a little Italian and German.  Also if I rejoin the Queen Alexandra's Military Nursing Service Reserve I should like to sign on as a Sister.'
Completed one year's service then applied to work in France for Croix Rouge Francaise, Comite de Londres
Resignation accepted from Queen Alexandra's Imperial Nursing Service Reserved 12 May 1916
'I have the honour to report that Miss A Childe Staff Nurse QAIMNSR was attached to this hospital (Valletta Hospital) for 11 months and I found her work and conduct quite satisfactory.  She is a specially good surgical nurse and an untiring worker - quite ready for any emergency and willing to take extra work when necessary.'
Resided Park Gate, Guiseley, Yorkeshire, England 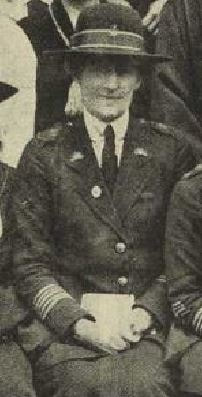 Mary Chomley, daughter of Judge Chomley of 'Dromkeen' at Riddell's Creek, worked for the Red Cross Society and contributed to the struggle for the equality of women both in Victoria and in England. She was secretary of the Australian Exhibition of Women's Work in 1907. She assumed the position of foundation state secretary of the Victoria League from 1909-1914, and maintained her membership until her death in July 1960. In London during, she worked at the Princess Christian's Hospital for Officers from 1915-1916 and was secretary of the Prisoners of War branch of the Australian Red Cross, London, from 1916-1919. She was appointed as Officer of the Order of the British Empire (Civil) on 15 March 1918 for her contribution to the Red Cross Society. Whilst in London after World War I, she was a member of the delegation appointed by the British Government to report on working conditions for women and the opportunities for female migrants to Australia in 1919-1920, and Australian representative on the Society for the Overseas Settlement of British Women. From 1925 until 1933 she was president of the women's section of the British Legion, Virginia Water, Surrey, England. Violet Teague, one of Australia's internationally recognised artists at the turn of the nineteenth century, painted Mary Chomley's portrait in 1909. 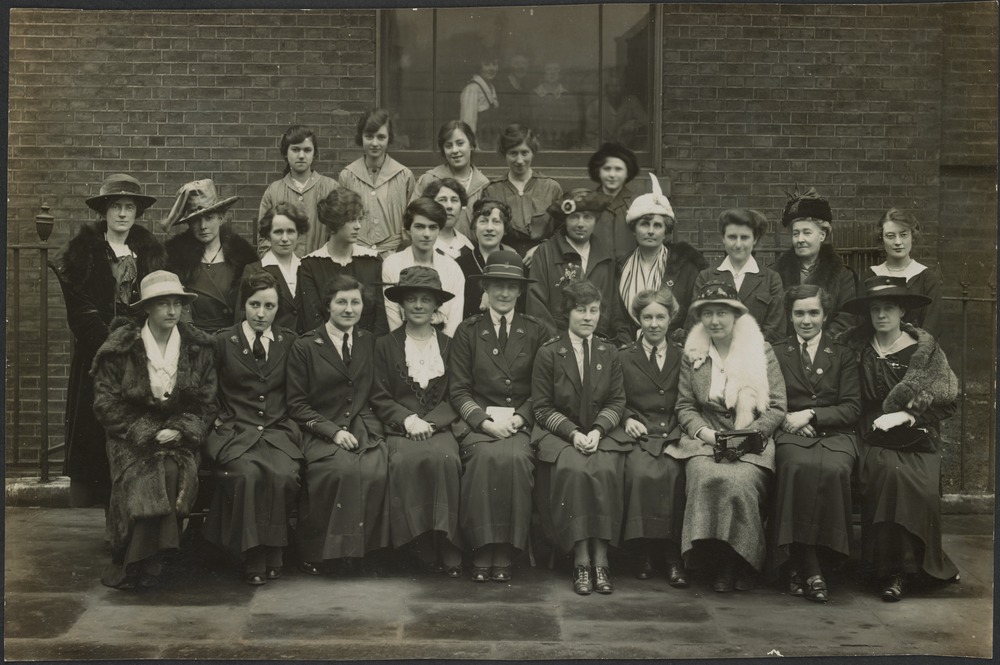