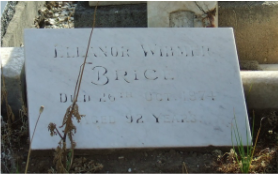 Sister Elsie Jeffries has been honoured with the Royal Red Cross amongst other Australian nurses at home. Sister Jeffries is a daughter of Rev. Wm. Jeffries, formerly Methodist minister in Warwick.

TWO HONOURS IN ONE FAMILY.

Sister E. W. Jeffries, whose name appears in the above list, is the second daughter of Chaplain the Rev. William Jeffries, of the Woodville Methodist  Church. The family is represented at the  front by two of its members and both  have now received honours in recognition of valuable services; if or Surgeon-Major L.W. Jeffries (a brother of Sister Jeffries) was last October awarded the D.S.O.Sister Jeffries was trained at the Adelaide Children's Hospital, and thence went to the Women's Hospital, Melbourne, where she took a special certificate in gynecology and midwifery, and afterwards she took a special certificate at the Hospital for Infections Diseases, Melbourne. She was on the staff of both those institutions, and later served on th staffs of Dr. Bird's private hospital and of the Launceston Public Hospital. She went with the 1st Australian Hospital from Melbourne in November, 1914, was nursing for a year in Egypt, then for eight month's on a hospital ship (in the course of which she was present at the evacuation of Gallipoli) ; and now she is senior staff sister in the 1st Australian Auxiliary Hospital at Harefield, England.

Becoming ill three weeks before her departure, Sister Laura J. Jenkins, formerly matron of Parkwynd Hospital, Wakefield street, city, died at sea on January 7 while returning to Australia, after a holiday visit to Britain.
Sister Jenkins was trained at the Adelaide Children's Hospital, and after competing her course remained there as a staff sister. In 1915 she enlisted as an army sister, and served in Egypt and France. Returning to Adelaide in 1919, she Joined the staff at Keswick Hospital, and after several months there joined the staff at Parkwynd as a theatre sister. She took charge of the hospital from Sister J. Sinclair in 1932.  Sister Jenkins was the second daughter of Mr. and the late Mrs. J Jenkins, of Alberton.


BACK FROM EGYPT.
A CHAT WITH SISTER A. C. JENKINSON.

On August 24 the Hororata reached Melbourne with the second contingent of returned wounded soldiers. The charge nurse on the boat was Sister A. C. Jenkinson, who in December went from Adelaide to Egypt under engagement to the Indian Government.  Sister Jenkinson was the sister in charge of E section of the surgical division. No. 5 Indian General Hospital at St. Stefano, Alexandria, and she has much to relate that may be of interest to readers of 'The Mail.' ''Where was your hospital situated?' I asked. 'Right at t'le wharf at Alexandria, so as to be on the spot when the wounded were landed. In our hospital we had 250 of the first men who returned from Gallipoli. and of these 209 were in my section." "It is the organisation of the hospital all that could be desired?''It is wonderfully organised, and it is an interesting fact that at 24 hours' notice it was converted from an Oriental into a European hospital. This meant, of course, that everything had to be altered— food supply and utensils, bedding, and the like. The Indians, who were for the most part convalescent, were removed to tents. ''What was your general impression as  to the wounded soldiers?' "They showed marvellous fortitude at
all times, and what struck me most was the spirit of self-sacrifice.   If one man saw that his neighbour was suffering more than he, he begged the nurses to attend to him first. This leads me to think that whilst, when fighting the enemy, all that is worst in a man is roused, when he is wounded and in hospital the best and tenderest feelings, come to the surface. Major McCarrison, in a letter to me. said,. 'I shall always consider it a high privilege to have the opportunity to minister to these men from Australia, who were wounded in the Dardanelles.'   "Was there much Red Cross work done by the women of Alexandria?''  "Yes indeed, they were splendid and one only had to make a suggestion for it to be carried out — it seemed as though they could not do too much.'''What about letters from home? Are the arrangements for their delivery good ?''Well,' said Sister Jenkinson, 'this is a matter which calls for improvement. For some reason unknown, the mails are kept back at headquarters, and some of the poor chaps become desperate. One man had not had a letter from home since February 4, although he was positive his people had written to him every week.  To try in some small way to cheer the disappointed ones, the more fortunate soldiers share their home letters with them.  Queensland and New Zealand are sending a man with postal experience to take charge of the mails at headquarters, and it would be a good thing if South Australia would do the same.  It is quite pathetic to see the disappointment of the convalescent soldiers, when they go down to the wharf to meet the pinnaces coming from Lemnos. From a distance the bundles in the boats look like mailbags, but when, as they draw rearer, it is seen that bread is the only freight.   The men are most despondent. ''Did you see anything of the Gurkhas?'' Oh yes they are fine fellows and they have great respect for the Australians. They think his word is law and, as a high compliment, call our own Tommies' the white Ghurkas.' The best of feeling prevails amongst them, and you will see a Gurkha handing an Australian a lump of betel nut in exchange for cigarettes. ''Do they speak English at all?'' 'Very little, and we had to learn Hindustani in order that we might understand them more thoroughly. At first the hospital orderlies were ail Indians, but when we called for volunteers for this work several men from the Light Horse Regiments offered their service, and they were as gentle and tender as  women.''I must speak of the wonderful work done by the stretcher bearers.' went on Sister. 'They displayed the greatest gallantry and saved hundreds of lives at the risk of their own. One officer told me that every one of them deserved the Victoria Cross. As a rule six men are attached a to each stretcher but often and often, when they were shot down, three brave fellows would go on with the work unflinchingly.'' 'Did you go out of Alexandria at all. 'Yes, I was one of those who volunteered to take the wounded by train from Alexandria to Cairo, and we spent two nights travelling thus.'    ''Your husband Cpl. C.F. Jenkinson, is on active service, is he not?' 'Yes: be is in charge of the water supply from Alexandria. 'He sees to the testing and distribution of it and he is also studying ways and means of combating the fly nuisance. He is attached to the 4th Field Ambulance, Army Medical Corps.''''Have you any suggestions to make with regard to the garments sent out by the Red Cross workers?' ''Yet, I should like to say that it would be a boon if all socks could be made bigger in the leg and also if tapes instead of buttons could be sewn on pyjamas it would be a good thing. Sometimes a man has to have his pyjama coat put on back to front, and he suffers torture if a button prods him in the back. Air cushions, hot water bags, and other rubber goods are greatly needed, also mosquito nets — which should not be white, but green or khaki — and stationery.' Sister Jenkinson has brought back with her some empty shrapnel cases, both of the percussion and time variety, and these will shortly be exhibited in the city.

Following in his parents' footsteps, Private Gwilyn Easton, is now serving abroad where his mother and father played their part in the last war. Mrs. Easton, who is here seen reading a letter from her son, was a nurse, and her husband was in the 21st Battalion. Private Easton's photo is to be seen on the mantel piece. Similar photos of mothers in Tasmania who were nurses in the last war, and who now have soldier sons will be published in "The Examiner' Women s Supplement, if the photos together with particulars are sent to "The Examiner.