Ellen Imlay embarked for Egypt on 10 April 1915 as a staff nurse reinforcement for the 1st Australian General Hospital at Heliopolis. She served there until 19 March 1916 when she re-embarked on a hospital transport for Sydney, returning to Egypt in May. On 20 May she was appointed sister and further promoted to temporary matron for another trip to Australia on 10 July. Leaving Sydney on 7 October as temporary head sister in the Ceramic for service in England, she worked at the 3rd Australian Auxiliary Hospital at Dartford, Kent, from 29 November until 8 January 1918 when she was transferred to France for service with the 2nd A.G.H. at Boulogne and later with various casualty clearing stations. In December she became ill and was invalided back to Sydney on 7 February 1919 and discharged in June. Miss Imlay retired from the A.A.N.S. Reserve in 1930 and later moved to Toowoomba, Queensland. She lived in Sydney after her marriage to a retired public accountant Harry Ninham Gooch on 10 July 1945 at Mosman. In old age, alert and good-humoured and wearing her medals on Anzac Day, she recalled the lighter moments of her nursing experience at Heliopolis where the hospital was a disused amusement park and the troops slid down the slippery dips on their pillows. Predeceased by her husband, she died in Sydney on 11 June 1978.

by K. R. White
This article was published in Australian Dictionary of Biography, Volume 9, (MUP), 1983

Miss Le Messurier is severing her connection with the Manly Cottage Hospital, where she holds the position of matron. Nurse F.L. Inglis, late matron of Narrandera Hospital, has been appointed to fill the vacancy. 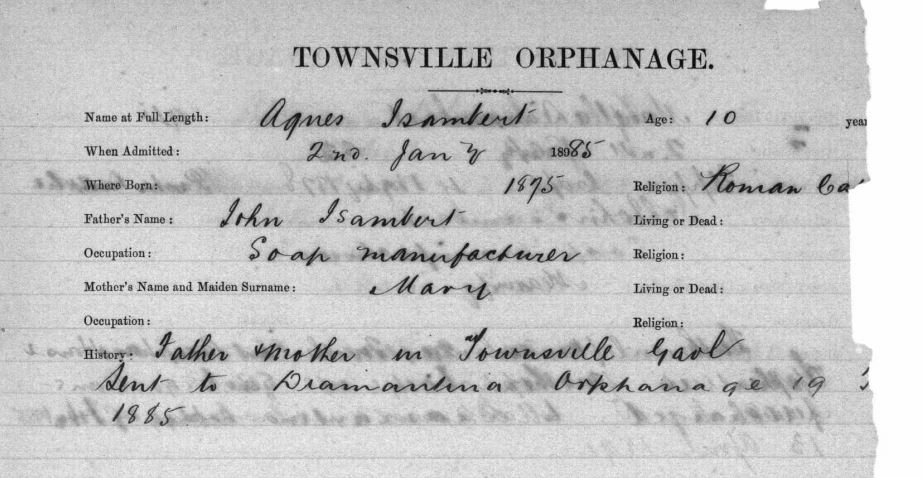 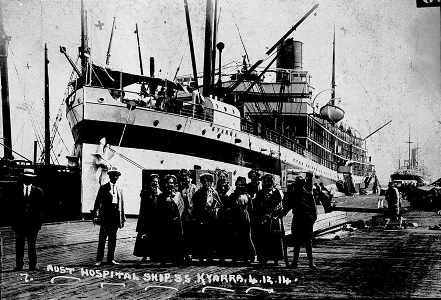 ​Agnes Isambert was born in 1874. She trained at the Brisbane General Hospital between 1897 and 1899 and became a member of the ATNA in 1904 and a councillor of the Association between 1912 and 1919. Agnes was engaged in private nursing at the Walmer Nursing Home and the Colmslie Plague Hospital until 1913 when she returned to the Brisbane General Hospital to obtain her midwifery certificate. She then became Matron of the St Mary’s Hospital in Ipswich. From 1904 to 1914, Agnes was a member of the Australian Army Nursing Service Reserve. During World War One she sailed aboard the Kyarra and was eventually appointed to the No. 1 Australian General Hospital in Heliopolis in 1916. A former resident of Red Hill, she died on 7 Jun 1956 aged 83. She was the daughter of John and Margaret Isambert