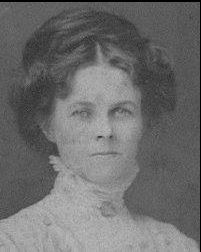 For several years Sister Pidgeon was a member of the nursing staff of Sydney Hospital, but when
war came its call was insistent, and the light to which she turned was the lamp of Florence
Nightingale; to the succour of sick and wounded soldiers of Australia it led her to within sound
of the guns on Gallipoli, to the parched sands of Egypt, and to the stricken fields of France,
where German brutality spares not even the Red Cross, and where only a few months ago
nine heroic women working beside her were killed in the night by bombs, and nine others
were wounded.  The consistent bravery of this Sydney girl has now been recognised by the
award of the Royal Red Cross, an honour rare and highly prized amongst the thousands of
noble women of the British race who, under the Red Cross,have added new and wonderful
glories to the traditions of womanhood during the present war.

Leaving Sydney about three years ago with the 3rd Australian General Hospital, under Dr. Fiaschi, Sister Pidgeon, who is the eldest daughter of Mr. T. Pidgeon, of 98 High-street, North Sydney, went to Lemnos Island, where she remained for eight months. After this she spent six months in Egypt, followed by asimilar period at the new Kitchener Hospital at Brighton (England), and then she went to France, where she has been ever since. The ribbon of her decoration was presented by General Birdwood, and the cross itself is to be pinned on by the King.

The N.S.W. Division of the Australian Red Cross Society has been notified by its Federal body, (The Australian
Red Cross Society Melbourne) , that the International Red Cross Committee in Geneva has awarded the Florence Nightingale Medal this year to Sister Elsie Clare Pidgeon, A.R.R.C., Assistant Matron of the Sydney Hospital.

Her Excellency, Lady Isaacs, President of the Australian Red Cross Society, will present this medal and diploma on the occasion of the Annual Birthday Dinner of the Red Cross Headquarters Younger Set which is to be held on Tuesday evening, July 16, when the Chairman and members of the Red Cross Executive and many other prominent citizens will be present.

Mentioned in despatches
Date of Commonwealth of Australia Gazette: 24 October 1918
Location in Commonwealth of Australia Gazette: Page 2057, position 65
Date of London Gazette: 28 May 1918
Location in London Gazette: Page 6203, position 135
Matron Pauline Pierre-Humbert died in Epworth Hospital on Saturday, after a lengthy illness, at the age of 66 years. She trained for a nurse in Castlemaine Hospital, after which she served as a sister at Austin Hospital. For 23 years she acted as matron of Williamstown Hospital,where she rendered signal service.  During the war she spent three years in military hospitals abroad, having her first experience at Lemnos. Following upon the evacuation of Gallipoli she was attached to the Cairo General' Hospital, afterwards proceeding to England and Rouen (Third Australian General Hospital), rendering service at the various centres.  Upon her return to Australia she resumed charge of the local hospital, retiring about three years ago.

Born 17 March 1875 in St. Kilda, Melbourne, Vic.
Daughter of William PILE and Mary nee McLEAN
Parents deceased
Educated at Mrs Monebette, Grey Street, St. Kilda, Melbourne, Vic.
Trained at Melbourne Hospital June 191 - 1906
Matron at Kyneton Hospital, Vic. 1909 - 1910
Arrived in UK 02 April 1917
'She is an excellent Sister, thoroughly efficient and reliable, she has recently been in charge of the ??? Park Officer's Hospital, and has shown herself to be a good administrator and maintained good discipline.  Conduct and influence good.'
Served from 10 May 1917 to 21 May 1919
Demobilized
Embarked for Australia 21 May 1919 for Melbourne
Resided 'The Briars', Napier Terrace, Hawthorne, SA  in 1920
Did not marry
Died 20 May 1924 in Somerton, SA
Buried North Brighton Cemetery

Miss Mabel Pilkington, matron of the St. Arnaud Hospital; and a well-known former nurse of the Bendigo Hospital, where she trained, received an urgent telegram yesterday from the authorities, stating that her services were immediately required for service abroad as a trained nurse.  Miss Pilkingtron proceeded to Melbourne yesterday afternoon on a week-end ticket, and she will be back on Monday. Miss Pilkington is expected to leave St. Arnaud finally in a week's time.  She has been extremely popular here. The unanimous verdict is that she is the best matron the local hospital has ever had.

Staff-nurse Stella Pines has been mentioned in a despatch by General Sir W. R.Birdwood for her valuable services in connection with the war.  She Is now nursing in France

From the position of night sister at the Women's Hospital,' Melbourne, Miss E Pitchford has come to Adelaide, where she has received the appointment of relieving matron at the Queen's Home, Rose Park, during the absence of leave of- Miss E.C. Sketheway.  Miss Pitchford has had an interesting career both in Australia and abroad. She was trained in Melbourne, and has done institutional and private nursing.   During the war, which was in the early days of her career, she had three years of military service both at home and in India, Egypt, and England.  On her return to Melbourne she had charge of a children's hospital ward for 12 months, and then began her midwifery training at the Women's Hospital, being in charge of the ante-natal department.  She vacated this position to go to the United States of America, and spent three and a half years there and in the tropical regions, where she made a study of malaria, dysentery, and other diseases peculiar to those districts.  For 18 months she was at Guatemala at the Fruit Company's Hospital, a modern institution with every facility for the study of general and surgical nursing. "There is no economising such as we know in Australia regarding hospital, equipment," said Miss Pitchford. "'There seems to be an inexhaustible supply of money to provide all the latest labor-saving devices, and hospitals in America are most up to date. It was a most valuable experience to me."Miss Pitchford returned to Australia in September of last year, and took a course in baby welfare in Sydney before resuming work , at the Melbourne Women's Hospital.  She said that the scheme there was similar to that at the Queen's Home regarding midwifery, but surgical cases were also treated at the Victorian institution.

Miss Elsie Pltchfoid has been appointed organiser of the appeal for the Victorian Centenary College of Nursing which will be launched under the auspices of the Royal Victorian Trained Nurses Association Miss Pitchford who trained at the Homoeopathic Hospital has had an interesting career She served during the war in India Egypt and England returning to Australia in March 1920 when she was appointed sister in charge of the childrens ward at the Homopathic Hospital later joining the stall of the Womens Hospital.  In 1923 she went to the United States whore she had extensive experience afterwards travelling to England via the West Indies before returning to Australia. Since October 1929 Miss Pitchford has been an inspector under the Nurses Board of Victoria and for a time she was acting registrar of the Nurses Board.

Sydney Morning Herald Wednesday 27 September 1916 page 5
Quite a number of Melbourne's well-known daughters have volunteered to act as voluntary helpers at the Soldiers' Rest Home on. St. Kilda road. The Misses Roma and Nesta Clarke, Miss Beryl Ainslie, Miss Dolly Pitt, and Miss Essa D'Ebro are amongst the number. They are registered for "all duties," scrubbing floors and cleaning windows not excepted.